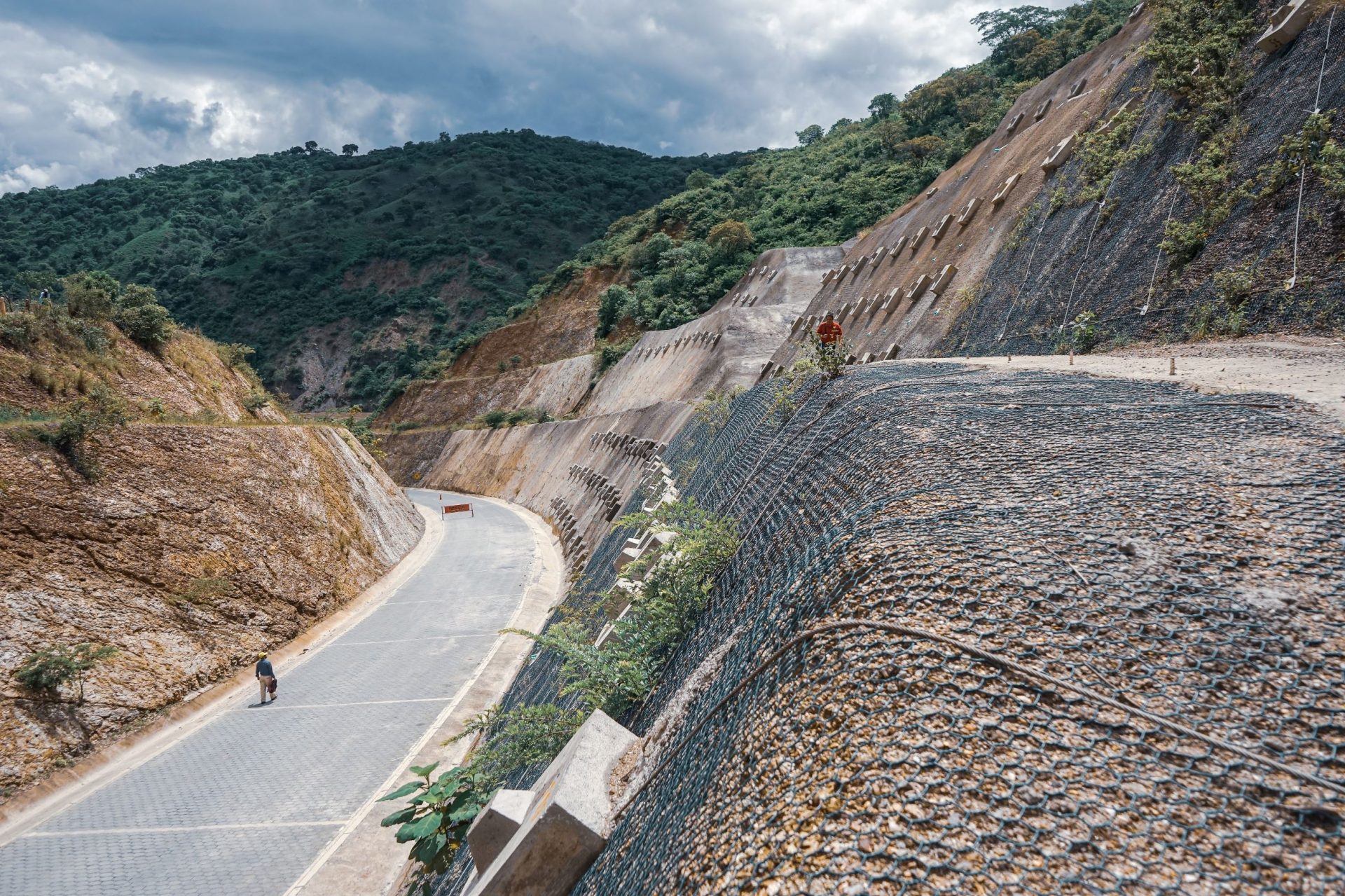 Slopes may become an ally or an enemy. Most of the time, home buyers disliked having a steep slope on their sought property as this would mean additional costs in developing it. On the other hand, slopes, if properly landscaped, can make the overall aesthetic lovelier compared to plain, boring land. Natural slopes, if managed and beautified, would considerably appraise the value of the property.

PredictSite can assist you in determining the slopes, contours, estimated topsoil depth, and a lot more. Just provide us the geolocation or site address and we will do the rest. Since the report is signed and approved by an expert geotechnical engineer, you can be confident about its accuracy. Visit PredictSite and see what’s in it for you.

Rainfall and snowmelts greatly affect the slope stability. Heavy rainfall makes the soil beneath the surface perched which increases pore water pressure thereby reducing the shear strength of the soil. When shearing strength is reduced, then there is a possible slip surface movement.

Ground shaking like earthquakes, mining, blasting of explosives and heavy road traffic movements can also contribute to the instability of slopes.

What is factor of slope stability safety?

The factor of safety is calculated by dividing the resisting force by the driving force. Determining it is important to engineers. It helps them know if the selection of the slope remediation is correct and enough to withhold the future external forces that will be subjected to the slope.

How do you stabilise slopes?

A slope is considered stable if the incline can withstand the force that causes is to move. Meaning, one should focus in making the resistance force greater than the driving force.

Slope regrading can stabilize inclined surface by subjecting the area into systematic earth cut and fill. In slope regrading, the volume of cut earth is filled and compacted to lower elevations. Adding reinforcements like berm and erosion blankets are also used to stabilize slopes. In addition, ensuring that there is proper water drainage and no ponding to any area also helps. Pore pressure is increased with ponding making the soil soft, leading to decreased capacity in resisting movements.

How do you increase the stability of a slope?

Several techniques are done to boost the resisting force of slopes. Commonly used are the following:

What can be done to slow erosion on steep slopes?

For barren and rocky slopes, engineered mesh is used. This type of slope protection installs a mesh on the surface area of the slope catching tiny rock mass and small debris. This high-tensile mesh is retained systematically by ropes and anchors. 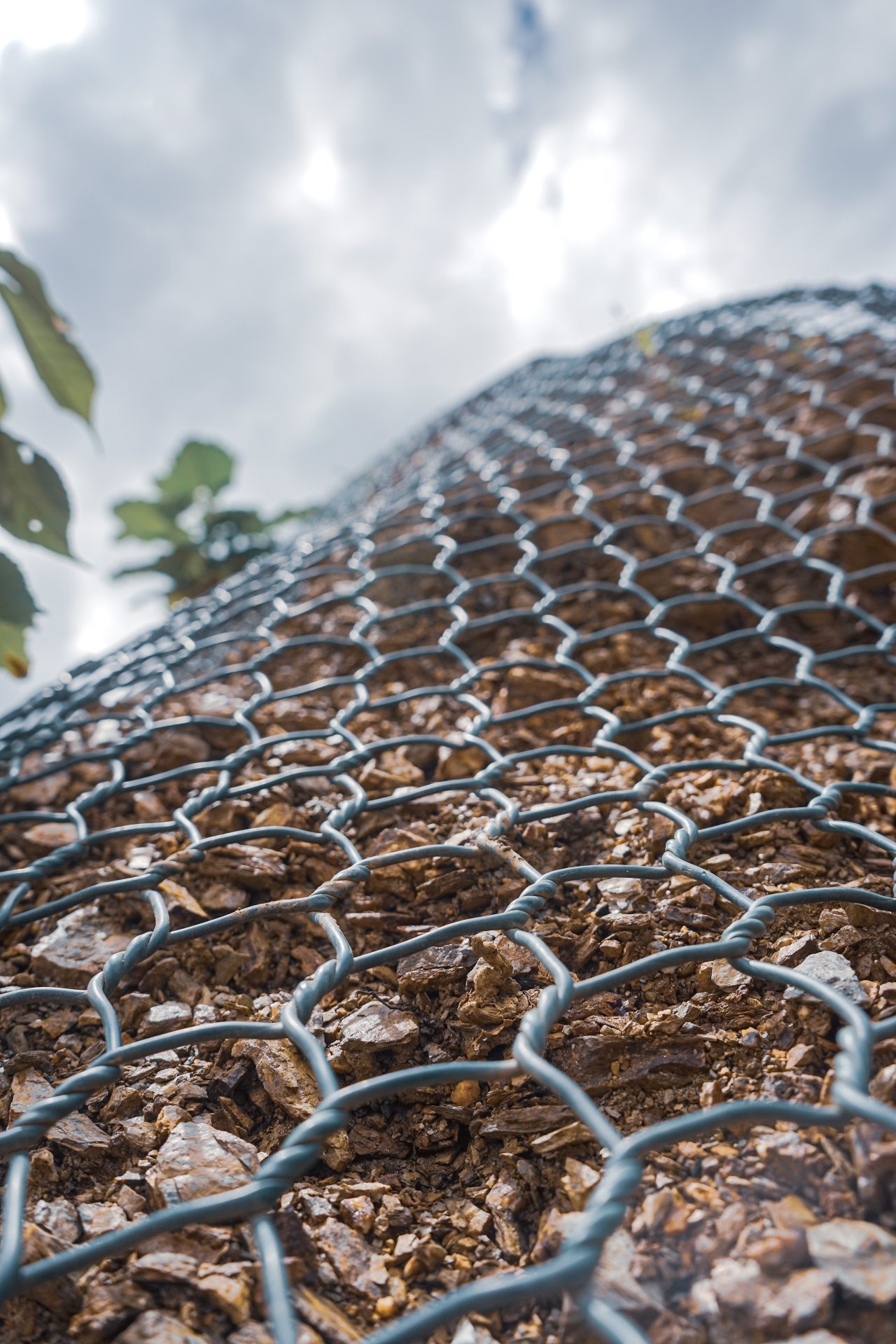 How is the stability of a slope assessed?

A slope is considered stable if the incline can withstand the force that causes is to move. Meaning, one should focus in making the resistance force greater than the driving force.

Slope regrading can stabilize inclined surface by subjecting the area into systematic earth cut and fill. In slope regrading, the volume of cut earth is filled and compacted to lower elevations. Adding reinforcements like berm and erosion blankets are also used to stabilize slopes. In addition, ensuring that there is proper water drainage and no ponding to any area also helps. Pore pressure is increased with ponding making the soil soft, leading to decreased capacity in resisting movements.

How does seepage affect the stability of slopes?

Among all parameters which make a slope unstable, water is considered to be the major triggering factor, specially to landslides. Heavy rainfall leading to water infiltration or seepage beneath the surface makes the soil heavier. Not only that, water seepage makes the soil resisting strength weaker, making it more likely to slip.

That is why all retaining walls and concrete slope protection have protruding pipes or means to properly drain water to diminish the water build-up.

Shear strength of soil in the slope is affected by its structure, composition, and state. The soil structure determines if the soil is dispersed or packed. The composition tells the size of granule, mineralogy and shape. Whilst the soil state shows if the soil is overconsolidated, dense, or loose. Furthermore, friction angle, which varies per soil, designates the friction shear resistance of soil. 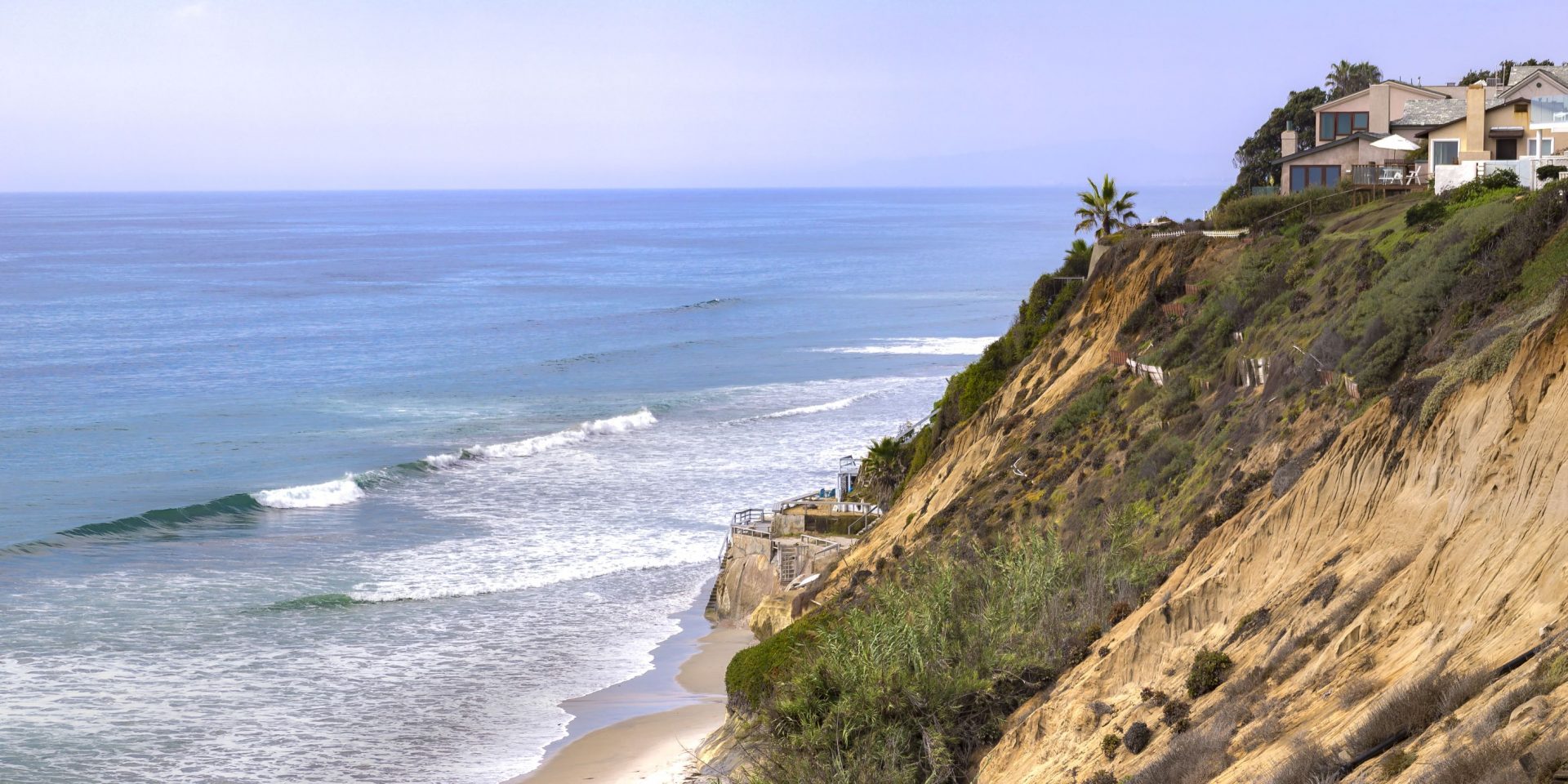 How do slope stability problems occur?

Natural calamities like earthquakes also contributes to the instability of soils slope due to the addition of external shaking force.

What are the four types of slope failure?

The four types of slope failure are the following:

Planar or plane failure occurs because of material structural discontinuities like fault lines or bedding planes in slopes. This type of failure is common in stratified rock formations.

Also known as block failure. This type of slope failure happens when there is weak soil layer, joints, fissure in slope, or when the slope is composed of two diverse materials. It is called wedge failure because is failure surface looks like a wedge.

Also called as rotational failure, is a failure involving outward and downward movement of a land and a sliding happens along the base and failure surface.

See Figure 1 below for types of slope failure. 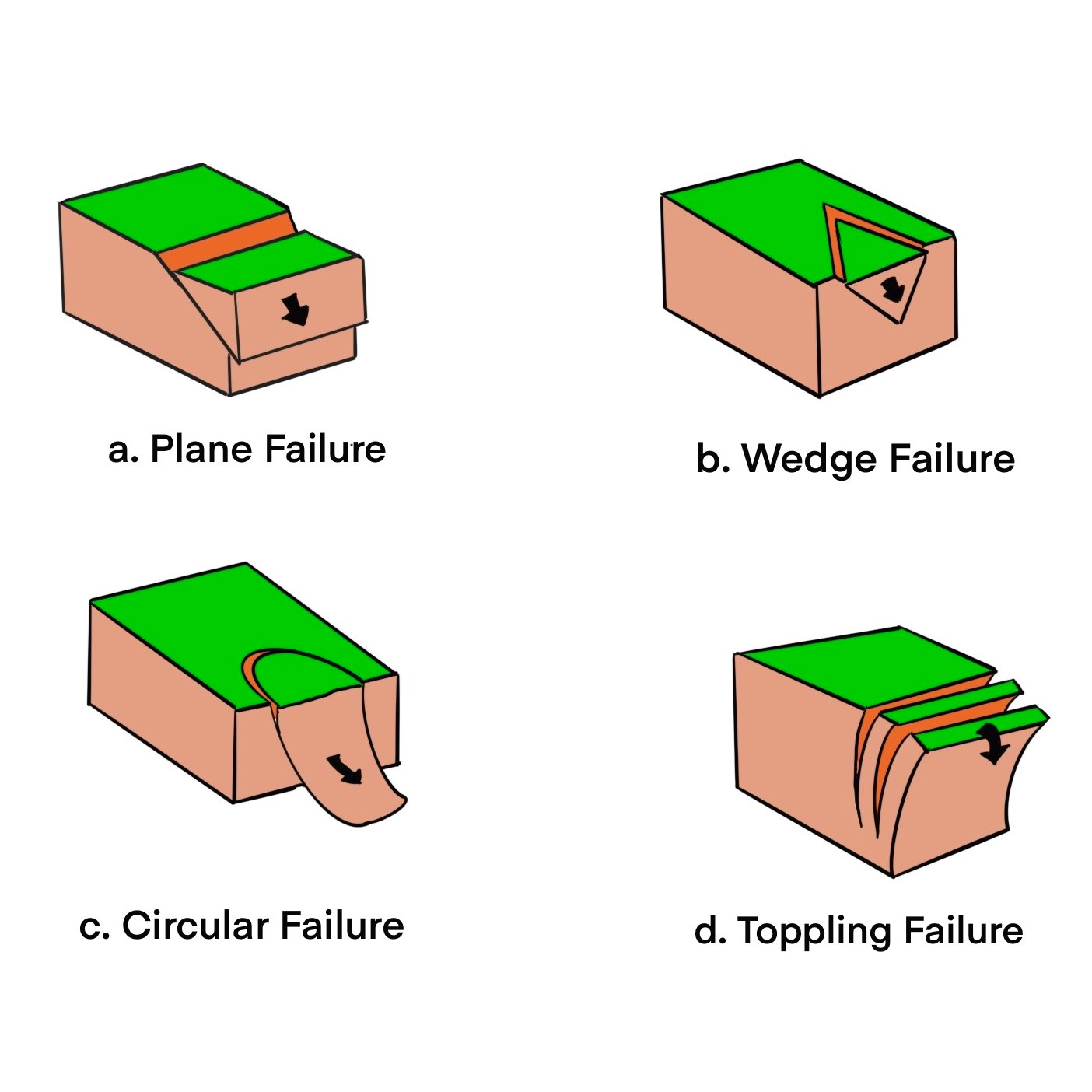 How do you overcome slope failure?

Slope failure may be overcome if the resistance force is increased. You can increase the resistance forces by constructing retaining walls, biotechnical slope stabilization or vegetation, meshing, installation of sheet piles, benching or cutting down steep slopes into gentler slopes, and flattening.

Flattening is the most effective but may not be applicable to all sloping lands. Vegetation or landscaping is another option for property buyers to give additional “good-looking” points to the property.

What does a geological consultant do?

Geological consultants assist contractors in building structurally sound premises. They investigate the composition of earth, fault lines, soil characteristics, including maps of construction spots to determine if geological problems have happened there in the past. This work is important in defining safety factors to eliminate hazards, thereby making the actual construction and design as safe as possible.

Who are some famous geologists?

Considering what they do, going to remote locations only accessible by foot to find the “rock”, and the importance of their work, geologist should be one of the most handsomely paid professionals. And they are.

How much does a geology consultant make?

With the job description somewhat similar to geologist, geology consultants have an average salary of $141,000, with $160,000 considered as a high range. 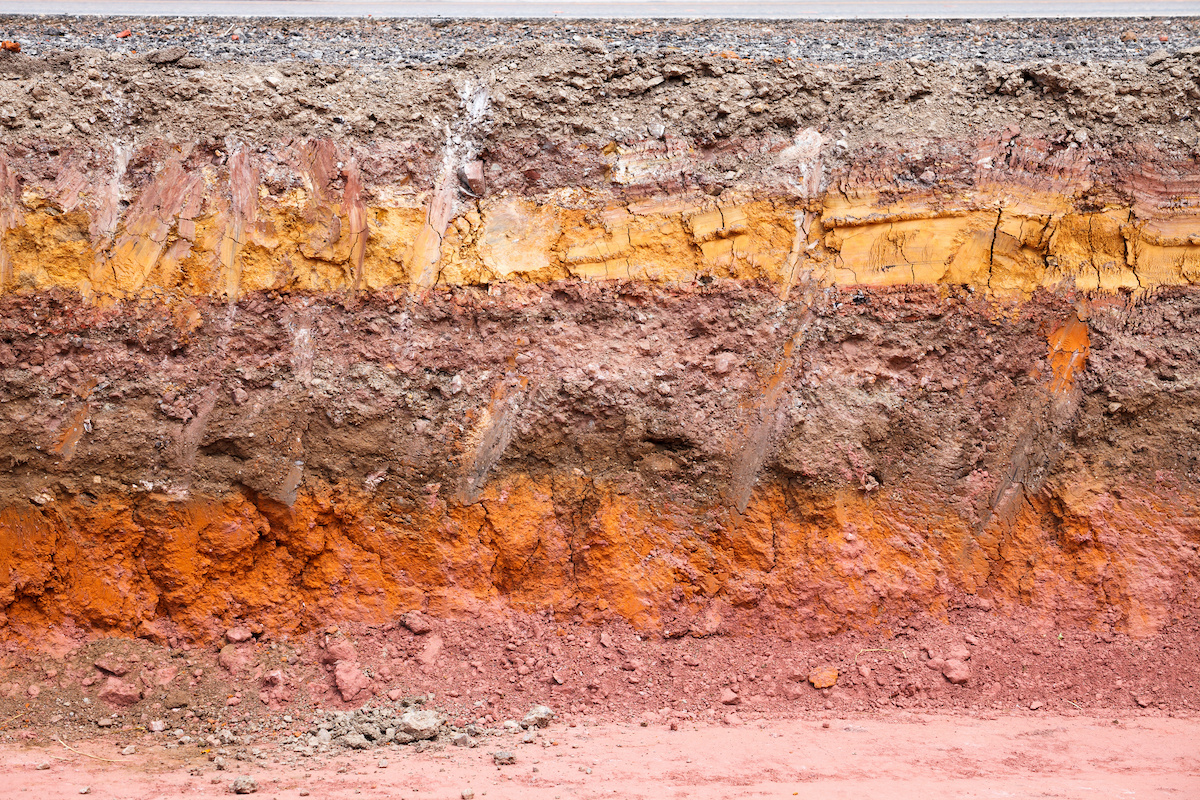 Some natural sloping terrains may be cheaper than plain surfaces. Maximize its use and get the most out of it by developing it to your advantage. If you don’t like the work and the timeline linked to sloping property (gathering all the information needed for soil investigation may take 10 days) let PredictSite lighten the load.

We can help you determine site slopes, classifications, contours and a lot more in hours, not days. With us, you can estimate which site across East and South Australia is the most convenient and less reactive land to buy and develop. Visit us now!

Geotechnical Engineering 101: Everything you need to know about this important niche of civil engineering

Everything you need to know about Earth Works

All About Land Contamination and Assessment

Ready to Experience the
PredictSite difference?